Marsupialisation ( With Pictures) AKA Partsch Operation

Written by Unknown
Definition & Meaning of Marsupialisation or Partsch operation:

A conservative surgical procedure for management of cysts in oral cavity and other parts of the body. In this procedure a slit is incised on the roof of the cyst the lining is then suture with the remaining border, cyst is drained and healing occurs.

A cyst is a sac like pathology which can develop in any part of the human body. When a cyst grows to such a big extent that complete removal of the cyst will result in permanent structural and functional loss then marsupialisation is advised.

This technique relives the intra cystic pressure and reduces size of the cyst and promotes healing. This procedure also reduces the chances of the reccurrency.

After some time when there is enough healing and cyst have been reduced in size then cystic lining can be removed or any kind of cyst removal surgery can be performed, following which the cyst is closed.

Partsch was the person who invented this technique hence the name Partsch operation is applied. 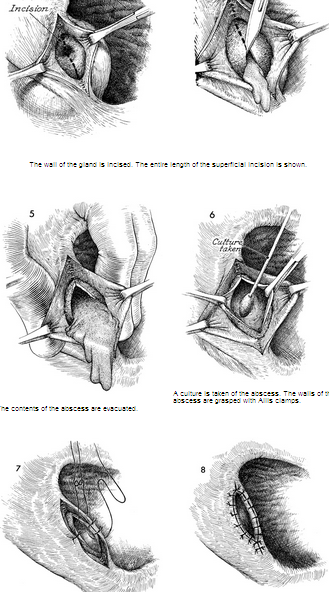